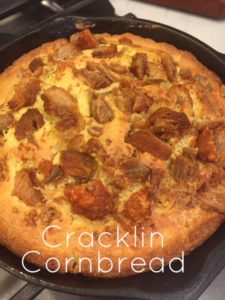 I first heard of cracklin cornbread from my father in law.

My in laws live a few miles from one of the best Cajun meat markets in south Louisiana.

The Best Stop is located in Scott, Louisiana and has some of the best cracklin and boudin I ever tasted.

Every time we pass The Best Stop I have to get a bag of cracklin!

They serve it by the pound in a brown paper bag. It’s all I ever craved when I was pregnant for my son.

The cracklin I am talking about is not “pork rinds.”

There is a difference!

Cracklin is the skin with a little of the meat on it too.

Pork rinds is just the skin.

When you make cracklin cornbread you chop the fatty part off of the cracklin and mix it in the cornbread batter.

The “meat” of the cracklin gets sprinkled on top of the cornbread and you bake it.

The fatty part of the cracklin that is mixed in the batter sort of melts in the cornbread. It’s indescribable.

I use Jiffy cornbread mix because I like a sweet cornbread and this is the South and Jiffy is LIFE. 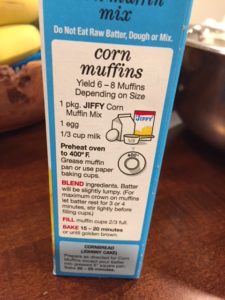 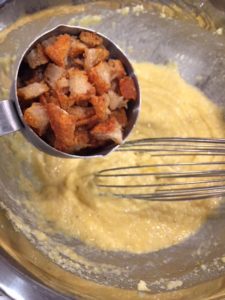 Stir in 1/2 cup of the “fatty” part of the cracklin into the batter. 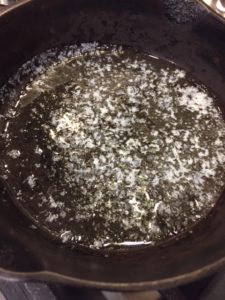 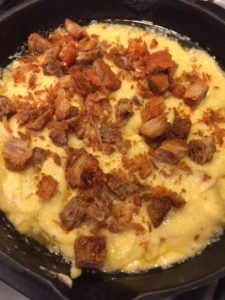 Top it with the “meaty” part of the cracklin.

It will look like this. I slice a piece and slather more butter on top. 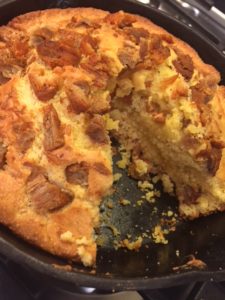 The cracklin in the batter kind of dissolves somewhat and flavors the cornbread like you never would imagine.

Mix Jiffy mix according to package. Stir in “fatty” pieces of cracklin.

In an 8″ black iron skillet, melt the butter on the stove.

Pour the batter in. Top with “meaty” pieces of cracklin.

Bake for about 20 minutes.

Slice and serve with butter.